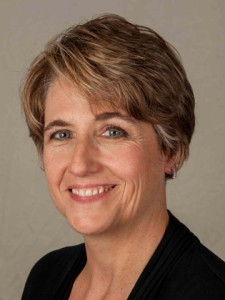 Dr. Laura Dahmer-White has over 20 years of experience in rehabilitation neuropsychology.  Her expertise in traumatic and acquired brain injury is well-recognized and is highlighted by her recent work on the Washington State Traumatic Brain Injury Advisory Council.  Dr. Dahmer-White was appointed to the Council in 2007, and served as the Chair of the Council during the last year of her tenure, which ended in 2012.  Her efforts on the Council were focused on helping to build awareness of the importance of improving the availability and comprehensiveness of medical, rehabilitation and support services for all individuals in the State of Washington who are living with a brain injury.  Her dedication and service to the Council was driven by her passion to support people to achieve maximal recovery and realize their full potential.

Dr. Dahmer-White received her both her BA (Psychology) and Ph.D. (Clinical Psychology) degrees from Indiana University and began her study of brain-behavior relationships early in her academic career.  She conducted and published a series of studies during her undergraduate and graduate years investigating the neurobiology and neurochemistry of medications used to treat serious mental illness.  She began her formal study of neuropsychology at the University of WA Medical Center during her clinical internship.   She completed a postdoctoral fellowship at the University of WA Medical Center in the Department of Rehabilitation Medicine in 1992.

Her professional career began as the Director of Neuropsychology at HealthSouth Medical Center in Richmond, VA where she had the opportunity to work as member of an interdisciplinary treatment team in working with individuals with a variety of physical and neurological conditions from 1992 to 1994.  She particularly enjoyed the unique opportunity she had to collaborate with neuropsychiatry to reintegrate institutionalized individuals with significant behavioral issues following traumatic brain injury back into the community.   Her love for the Pacific Northwest, particularly the water, brought her back to Washington State in 1994, where she worked as the Director of Neuropsychology at Good Samaritan Hospital in Puyallup, a job she held until 1998.  Within this position, she provided neuropsychological evaluation and treatment services to individuals with acquired neurological conditions within inpatient, outpatient, and community-based settings.   She transitioned to private practice in 1998, relocating her practice to Olympia in 2000. In addition to her private practice, Dr. Dahmer-White  spends several hours per week working as the consulting neuropsychologist for the Inpatient Rehabilitation Unit at Providence St. Peter Hospital in Olympia.

Maintaining a healthy balance between work, family, and play is an important priority for Dr. Dahmer-White.  When not in the office, you will often find her on or in the water.  She enjoys sailing (both racing and cruising) and swimming.  She also cherishes the time she spends at her Olympia home with her husband, daughter and parents.